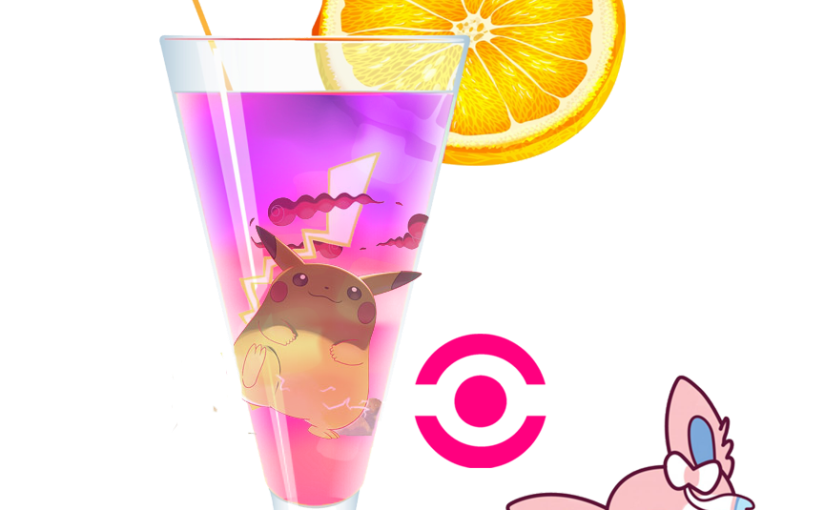 With just a week before the new game comes out, the entire pokédex leaked. Yet I refuse to know everything. So while I might wish for something that is announced or disproven I would like to ask you all to NOT tell me anything about the pokémon from the guidebook leak. I am really looking forward to this game and here is why!

There is nothing more magical than seeing an evolution happen that you have never seen before. That moment when your bug begins to shine white and you are like ‘Ooh goody goody, I wonder what it is going to be’ This is what made Pokémon Gold my favorite game in the series. The first game lacked that magic a bit because we all saw the anime before. Finding out about crobat in GEN II was something truly amazing. I took on a zubat because I figured it was part of the new dark typing, which it really wasn’t just a mistake I made as a kid.  Snubbull to Granbull felt odd underwhelming I remember still, but that I am not talking about the actual reveal but the moments just before . The moment a new silhouette or pokémon popped up.. or that moment that Snubbull began to evolve, those are magic! Your breath stops for just a moment, filling you with childlike excitement and as a pokémon fan, I can only compare it too walking down on christmas day and seeing those presents under the trees. Even if you know half of those presents are going to be socks to create some filling under the tree your heart jumps in excitement. Maybe that big package is gonna be for you… maybe it will go to your little sister again, it’s to exciting. A new pokémon game brings me back to that exact moment.. but I can have it like 60 times or so?! That’s a whole lot of christmas. Using new pokémon and seeing what makes them tick is also great. What sort of moves will Galarian Ponyta learn, how can I make use of Galarian Weezing his  ability and how can I make Allcremie work on my team. It’s like an exciting puzzle where I don’t know the answer yet and it makes me all giddy. I also feel so happy that I decided to not spoil myself anymore for my blogs sake.. it just makes me super excited to see it all.

I usually like the stories in the pokémon games, sure Red and Blue’s story wasn’t that special and even Gold and Silver did not had any epic storytelling, but with each new generation the stories become more complex, the villains become more fleshed out and the wonderful world of pokémon becomes more alive. While we got introduced to some characters and their impact on the story very little is known about what will happen.
Will chairman Rose really be evil like we all suspect? Will Eternatus, from the leaks really be a thing? There has been speculation about the blood, about Dynamaxing being evil. I really hope the story would not go in this direction as it would hinder my pleasure of using Dynamax in the end game. It seems REALLY unlikely  they would lock a new feature under the mention of it being evil, but it could make for an interesting plot. What I hope to see however is a nice twist. Chairman Rose being the big bad seems to easy. We all knew Aether was going to end up being ‘the actual’ bad guys long before we played it, I would like us all to be surprised this time. I do however like the concept of Eternatus, being an evil that comes from below, with the mining and factory themes of britain this could make for a very interesting antagonist monster. I would also like if we can see some homage to british folklore. Maybe a druidic place of power where a legendary dwells or even a lake that holds an unknown monster.  That would be definitely something I would love to sink my teeth into.
I strongly wish that Marnie isn’t going to be the big bad of generation, I really like her and would rather see her as an ally than someone whose life I have to ruin. Earlier leaks seem to suggest that she will be somewhat of a pragmatic heroine that will do her thing to fight the coming darkness, i’d happily take that and see her as a strong female  ally, by Arceus we need one. After the optional females, we didn’t ever really get a strong female. Of course Lilly grew up into one.. but she still started out as a damsel. So please make Marnie good!

Pokémon end-game content has always been either a complete hit or a complete miss. Rumors said we could go to Kalos in the end-game of Sword and Shield and while I would LOVE that to be true that seems like something that would be DLC in this day and age. In fact with Ash’s new anime series , I think we might get access to others regions as well. Of course not a full on region, but maybe a Wild Zone per region. Where we can do new Max-Raids and others stuff. I certainly would not mind getting DLC to a pokémon game. The more I can play the better. I do hope they really step it up from the Battle Tree, of Sun and Moon.. however Rainbow Rocket from Ultra Sun and Moon was great endgame content. So statistically  this might very well become a miss. I fear that we just get access to more raids endgame and can improve our camp and what not. What I would like to see is something like Omega Ruby and Alpha Sapphire Delta episode where we face one more threat to the world in a small narrative arc. If this can be in Kalos i’d be a happy camper but I am also quite content if would take place on the island of Galar. Using Dynamax in Kalos could be troubling, as their gyms aren’t  really calculated for these types of things so yeah I just don’t see us going there right now. Most of all though I hope to see some improvement of the stadium style battles. The Battle Tree, Battle Mansion , Battle Tower etc have always been plagued by the playing being forced to win rows and rows and rows of battles back to back. I would like  this series to be broken up into smaller challenges,Bronze one, pits you against four trainers and a gym leader, bronze two pits you against four stronger trainers and one of your rivals, bronze three .. would further increase the trainers and pit you against an elite four member and bronze final would let you face the cup holder.
While this is very similar to the system we already have I want the requirement to win 30 times in a row to be broken. After we did bronze 1 for singles we can either move to bronze 2 for singles or try bronze 1  of any other battle format. That way I might actually finish it.

I hope people can leave the entire Dexit Tauros-poop  behind them and create a healthy community for the game, just because we do not like an element doesn’t mean we can boycott the entire game. Training up your pokémon for competitive standards seems to be easier than ever, no more hours of breeding, everyone can play. I would hope that the old scene is welcoming to the new players and helps us training and grow.  Yet.. it’s the internet. While I have played semi competitively on websites like Pokemon Showdown, the hassle to make them battle ready kept me from playing compo’s on handheld, but this time I will be ready. This time I can switch natures with mints, this time I can EV train more easily. This time I will be ready. So I really hope people who used to love this franchise can get their self entitled heads out of their posterior and just play the game.  From what I have seen a lot of love went into this one, a lot of care in making sure everyone can join to play together and against their friends and I do hope we can keep the Max-Raid battles clean. I do not want people to be salty because I run a gimmicky set, I don’t people to nag on making the run as clean and fast as possible so they can grind out more. Agatha of the Kanto elite four once said that a real pokémon trainer doesn’t show his strength by bringing the most powerful pokemon along, a true pokémon trainer shows they can win with their favorites.  I hope that people follow this lesson and allow other people to use their favorites as well, even if not optimal. So my strongest wish for this game is not even a wish to Nintendo or Game Freak.. it is a request to the gamer. The world of pokémon is changing,opening up to new people or old who are falling in love with the franchise all over again. Please accept this, be welcoming to those who want to share your world with you. That 30 seconds you spare on a single rate by banning that newbie guy because he doesn’t have the thunder T-M and has to use thunderbolt instead may cost HIM/HER/ or otherwise,  hours and hours of fun, because they are forced to give up on a game where no one allows them to learn. So dear Arceus please.. let Pokémon Sword and Shield get a healthy community! I still cry easy when people are mean to me!

2 thoughts on “Pokémon Sword and Shield: Hopes and Dreams”