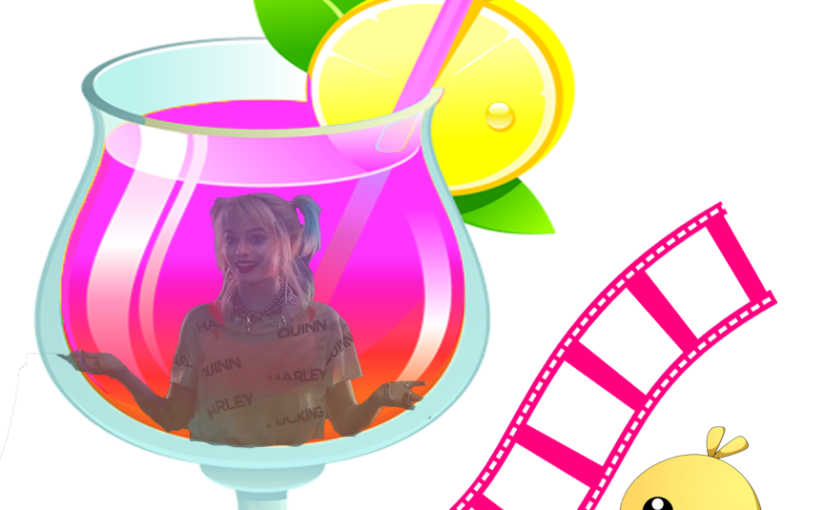 So recently I saw Birds of Prey the new Harley Quinn movie starring Margot Robbie as the subtitilular character. The movie is subtitled :  The Fantabulous Emancipation of one Harley Quinn and as such focus heavily on the pale skinned prankster. While here presence could not save the Suicide Squad movie perhaps an all female cast can makes us fly with these badass broads .

Birds of Prey like the subtitle says is a movie about emancipation. We start with a cute toon depiction of the ballad of Harley Quinn, her rise and fall as the gal of the clown-prince of gotham.Harley is now single and having fun in her live.. coping with their break up. Which goes about as well as expected from the most well known Western Media Yandere and mental masochist.  Harley still uses her status as Joker’s girl to misbehave in some clubs and get away with her crimes unpunished. Then one day in a bar she has a talk with Dinah Lance, a singer in a club who is controlled by crazed gangster boss Roman Sionis a.k.a. Black Mask. Seeing a woman so afraid of the man she belongs to and having way to much to drink Harley decides to steal a gas truck and blow up Ace Chemicals to signal the world she is trough with Joker.. in order to get closure. The way the movie sets up this murder of hundreds as an act of Emancipation feels odd and for me that feeling stuck throughout the rest of the movie.

While this movie is perfectly entertaining I noticed a discord, in the writing and the subtext. It feels like through dialogue , Harley’s narration, certain looks in eyes and of course the subtitle, you think this is about girls who no longer stand to be oppressed by those who put them down. Rise up against that tyrant suppressing them and while if we purely look at beginning and end. However if we look at the actual movie that is not what happens. None of these girls main motivation is emancipation. It’s either about revenge or surviving. For the biggest part of the movie the more focussed on characters in the movie are even trying to serve a man.In the story it makes perfect sense but with the message they are trying to send out some characters end up feeling awfully inconsistent.

The two tones of this movie are also present in Harley Quinn herself. Which makes sense because she is a character that can be insanely cruel but also a semi-good-gal. Still it seems a bit to extreme. For example we see Harley blow up a chemical plant, no doubt killing hundreds working inside.  We even see a few workers present. It’s just implied deaths but we also see Harley Quinn feed people to her pet hyena Bruce. Which still feels very Harley, she has Hyenas in the comics and it fits her so that is fine. However when Harley is sent to raid a police station to get a little girl for Black Mask, she suddenly shows up with bean bag pullets, glitter launchers and paint sprays to non lethally take down her enemies. Why would she spare the cops? She never did before? The incident that mallows her out a bit and pushes her more to the good spectrum hasn’t even happened in this point in the movie yet. It feels as if she turned “good” beforehand to make her fit in whatever situation she would end up with.  It feels like a dramatic departure to get the crowd more on her side but it felt very odd.

Around the midway point we get another odd scene that doesn’t really match with the tone off the movie. It’s a scene involving the Hyena and the subsequent scene involving an old chinese man. What could be used as a series of events to emancipate Harley even further.. is used to negate emancipation.While the reaction from Harley Quinn is a somewhat logical one for someone in her circles it feels like a departure of the character so far.. just so we can set up a finale. There are a lot of scenes that do not pay off and it feels like a shame that something that gets a very cool set up doesn’t pan out  just to add some other cool scenes. It all feels incohesive. The Ronan character and how extremely villainous he is is the biggest problem with this. He brutally murders anyone who messes with him, except for one moment..that felt like plot convenience.  His murderous fickle nature make all characters we should care for act against their nature more than once. He isn’t a very good character to watch either. For someone so evil he is extremely.. passive.

So the writing is a bit wonky to say the least it isn’t exactly bad but I can’t help but shake the feeling this is not the movie it wants it to be. It is not about a broken woman rising to stand up on her own feet. Yet it is also not a dark story about a murderous gangster that pushes four women to despair either. A big flaw in my book but it does just about everything else right.  The cinematography is very solid. Each shot feels unique and especially the scenes with Harley feel extravagant and crazy. There is so much colour in this movie so much fun flips and stuff like the glitter flying about. Each action scene is a spectacle to see and each uses a very unique fight choreography. It felt zippy and fun, like little action dance. Each little dance forming a pretty petal connected to a flower that doesn’t smell all that sweet. It still looks very pretty though and even better it sure  looks pretty.

From Harley’s  new design that isn’t as ratty as how she looked in suicide squad to the sets they visit, it all feels so unique. The flashy club, the sterile, clean looking police station, the little chinese apartment, the fun house, and more. Each location feels unique.. but it also feels Gotham. The way harley draws mr J as the more classic comic book Joker.. or maybe the Mark Hamill one feels like part of the batman universe. Characters like Victor Zsasz finally making their screen debut help with this great comic booky feeling that this movie does have.  For all it’s narrative flaws I felt the storytelling was fairly comic-like. You know one of those spin off comics that is nobodies favorite but ends up being liked by almost everyone.. because it’s solid. This movie is the same, it’s quite fun to watch but no one will name it their favorite dc movie.

Birds of Prey is not a movie about the group of vigilantes by the same name. Birds of Prey is a movie about Harlequin whose path just crossed with a few other characters. Characters that aren’t all as strong. The  female cop and Huntress are fleshed out fairly poorly. While we get what drives Huntress, she also gets a sort of returning gag.. but since she only becomes relevant near the movies finally it all doesn’t really connect.  The jokes don’t feel earned and her presence is convenient at best. She is the only one not interested in the movies Mcguffin while it really feels she should. It gets addressed in the end a bit but it doesn’t feel earned or wanted or something. Montoya the police character is obsessed with  this case but we never really get explained why, if feels like a sickly obsession rather than something she really fights for, which is fine but the obsession also never feels truly established, it’s an either or situation now and it makes it difficult to feel for her story. I’ll say it’s nice that she is an openly gay character but all in all she is fairly weak overall. Black Canary is fine, she is thoroughly fleshed out and has understandable motivations though again her character is not really emancipating. She feels more like a protective big sister who has to learn to conquer her fear. Despite her power reveal not paying off.. like many things in this movie all in all she was a very enjoyable character to watch.

In the end it’s all about Harley Quinn and they do nail that character. She feels delightfully odd but also quite sharp. This is one of the first depictions of Harley where I see her actively using her diploma in psychology to analyse people.  She can tell people are lying to her or what they motivations are. She uses it to her advantage to escape certain situations or to push someone’s buttons at other times. We do see some parts of Harleen Quinzel still while this is oftenly glanced over so they get some serious credit for that. They also  do a good job of showing how fickle she is.. even if they do miss the timing. Harley does indeed have a soft side that needs to be awakened and they set it up in an understandable method. Poor writing prevents it from having the impact it should but they address the right character aspects.Margot Robbie steals every scene she is in. This Harley feels much more playful than the one in Suicide Squad, she is having more fun but she is also more that frail little bird that got caged for to long and thus is unsure if it should fly away. It’s a great element in a movie.. in which all those great elements don’t connect together all that well.

Birds of Prey falls in the same vein as the last Skywalker for me. It’s a perfectly enjoyable movie as long as you are  there to watch and can just look at the pretty colours, the funny jokes the good action it will be a fine watch. If you want to see a story about female empowerment , with a solid consistent plot filled with great balanced characters and a satisfying conclusion.. this might not be your movie. It’s a popcorn flick that feels a bit to nineties. So the popcorn is a bit old but still quite edible. It’s the sweet long lasting kind.. not the salted butter only eat fresh one. Birds of Prey in the end is nothing special, it’s not memorable and Ewan Mcgregor really puts some ham in his acting for this one over all it’s acted out well. Yet to poorly written to care for most. I do not feel overly positive or overly negative about it when making a list. It’s balanced. Despite that I would rank the movie neutral in terms of qualities, I was entertained trough 95% of it’s runtime. The ending dragged just a bit.This movie is like a hotdog with odd toppings. The dog is tastes good.. but it’s still just a frank,the toppings are all good..but unbalanced.. there is a lot of spicy sauce so we don’t taste the rest good enough. The bun is a bit dry and even feels kinda stale..yet all in all we get the snack we kinda came for.