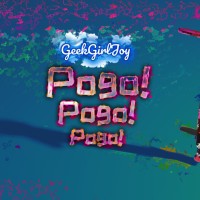 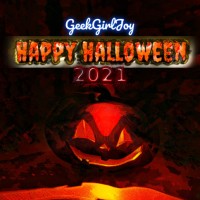 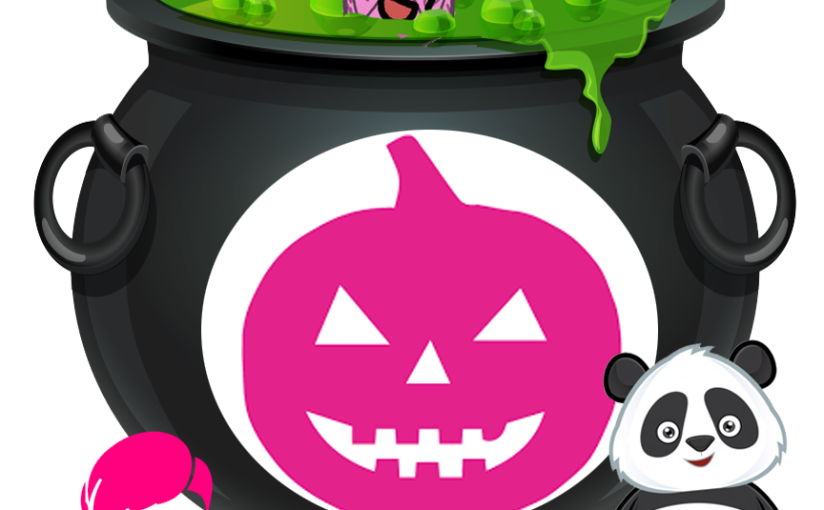 With the weekend coming up and the upcoming weekend I am once again busy moving so I guess this is a wrap up post for Halloween Month!  What have we seen, what have we done and what is next?! And of course this post is mostly to wish everyone who celebrates it a Happy Halloween!

What has Pinkie done?!

Let’s begin with a little look at what we have done!  The past month everything I did was a bit in the theme of spookiness!  We watched weird Horror movies, we played a  bunch of scary games and Watched trough the first half of Yamishibai! I had one more movie and Season the anime planned but the fatigue of moving really got to me!  I just wanted to move into a big blanket and stare at the tv a bit for the past two weeks after I was done with all my tasks.  Forgive me!  Post-wise I have done a few interesting things this month and to some stuff you really reacted well! I will highlight a few! Note that I do not think these are the best! I do not prefer any of my posts over others, that would make other posts cry! I simply highlight a few posts based on my favourite “events”. Click on a cauldron to revisit a post you might have missed.

Halloween-month Started with a personal account of some ghost stories I experienced first hand! It got the most posts this month and had a nice number of audience participation! A really nice post to do and thanks everyone for the support!  Another Geeky Lifestyle tag post I really liked was this month’s gadget post. Still I am very happy with the love on the spooky stories post!

This month’s anime tag introduced me to the series Yami Shibai which had its ups and downs but the first season is something I can definitely recommend.

I only wrote one fiction this month which was Halloween in Paradise!  A small story set in the fictional universe of Paradise Island where the manager has a small horror adventure! It was great fun making images for that post!

Video games I played plenty! I played some classics like Castlevania IV which is always a pleasure to playthrough! My favourite playthrough thought was Call of Cthulhu, Pinkie loves herself some cosmic horror! Plus a game based on a famous tabletop roleplaying game it was bound to sit well with me.

Movie wise you voted for me to watch some weird movies and I really do think I delivered. Rubber, Hausu and Killer Condom all were quite bonkers but only one post features the entire movie for you to watch! Killer Condom is definitely the best weird horror movie I watched this month!

Finally Pokémon! I did a fair bit of Pokémon this month but the post that got the best response by far was me designing my own Pokémon based on the Dark Universe film monsters.  I got so much comments on that post! It was truly amazing and it will definitely bring it back in the future!

What has the Staff done?

Kuro wrote another zinger of a horror story about a village plagued by a very mysterious and powerful evil! If you haven’t checked it out you definitely should!

Sunny did a post about a very fun board game that is like a tavern brawl between D&D like characters! I read it and I certainly want the game after reading! So if you play board games you should super check this one out.

Indigo is sitting on a few big projects so in the upcoming months I am sure we can see a story about his O.C.  He also had some ideas of posting in the Warhammer universe! So that could be very cool as well!  He did some amazing prepwork and sometimes that is the most important work. Also he kept the resort pretty safe!

What have we seen?

I will be honest! This month I have been short on time so I have not visiit as many blogs as I would like! I tried a few routes which it took very well.. it seems to get a bit lost with the tiles in the middle.  There are a few things I would like to highlight though! Click on the pictures to link to the post!

First of all GeekGirlJoy finished a project this month that I am pretty sure I inspired her to do in my quest for the truest pink!  So I have been a muse and I inspired something that completely goes above my comprehension of coding but I have used it to find the analogue colour of my avatar and some design elements! Which resulted in a slight shift in colours. The pink on my site used to be #ff87ED and it changed to #ff89CD which is a lot closer to my avatar! Great job joy!  I am happy I could be a muse!

Scott from mechanical Anime reviews started this amazing project where he interviews content creators across the net using his reach to shout out there people and unify the community! That is pretty amazing and I really commend him for that! I have seen others do something similar but Scott REALLY makes it about the other content crreator and not so much about himself. An effort I can very much appreciate.

Of course Senpai made a great post as well.. but when does she not! For Halloween she discussed Urban Legends in Japan and while I was  to tired to comment something insightful when I read it it left a great impression on me!  If you haven’t checked it out you should!

Blogging Bestie Summer found a great place to watch old horror movies and in this Halloween month I think that is a pretty amazing discovery, love your classics! So yeah a great homage to movies that should get some tribute in this month!

Naja is a great writer and possibly an even better devourer of Otome games! As my most recent Bubble post I made already showed , monsters and be very sexy!  Now she makes a much better case of this then I ever could and it even includes Lesbian Vampires… I like those the best! … Now that sounds much lewder than it is..at least in my case. Great post to check out!

So what can you expect in the coming month?! Well I will probably take a week’s vacation from blogging after this post goes live, to settle in in my new house a bit , explore the neighbourhood, show my friends the new place and get a bit of rest in my system. After that November I will return to the usual island content! Watch some movies, play some games watch some anime and what not!

What most likely WILL change is the Saturday Morning Anime Adventure, those reviews I will probably spread across the week. Short write up reviews alongside the regular content!  Instead of the entire anime post on Sunday, I  instead will use the Sunday to recap the week!
It will include a personal life update, a summary of all my posts by genre, Staff posts highlighted and a shout out to al Kofi Supporters of the week . I will most likely also highlight some content of other blogs as well but I haven’t fully made up my mind yet on how to shape it. I think by doing the episodic content this way I put the pressure of content creation a bit for myself and I still get to let people get a nice summary post if that is the format they prefer.. they just need to click once or twice now.  Something very close to this post.. with less future stuff!

November will be a bit lighter and looser in content because besides my  moving ,there is also my birthday, plus a lot of social and bureaucratic stuff that needs to be done surrounding my move.  Within the restrictions of the current society of course! However starting in December I will introduce official theme months for the blog. This can be anything from Retro to Sci-Fi and from Horror (Like this month)  to “Pirates” .  Staff posts are exempt from the theme but as for me I discovered that writing in a theme , like last month has given me so much joy that I will do it on a regular basis.  Whether I will do it every other month, monthly or quarterly remains to be seen but it’s in the works!

Other than that I will see what time brings us and teaches us! For now I will enjoy settling in my new home and taking a short break! Maybe you don’t even notice  and content picks up again right after this weekend ( In which for sure I will have no content because I have to throw out the final stuff out of my old apartment then) I do think I will be gone for a week or so though but no promises! I will see you all very soon! Happy Halloween!
Love, Hugs and Kisses