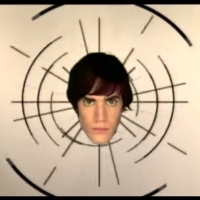 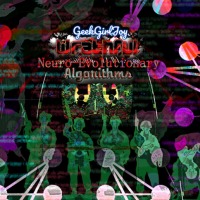 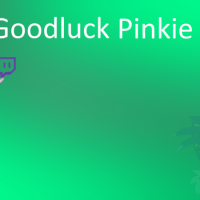 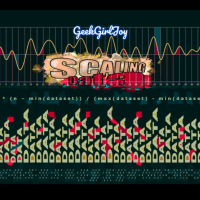 In January Indigo, who onTwitter goes by the name of John, despite not being his real name, became my highest Tier Patreon. As a “One Time Only” Reward,  along with quite a few other rewards. Indigo got to be made into a Pokémon (as well as him  getting a Pokémon Team  which will come later) . This is the post to do that! A huge thank you to John for supporting my blog as much as he does and for being a Hero Coconut.

The Typing of John

Why do I use John, instead of Indigo?! Because he isn’t STAFF this time! He is in the spotlight!  Determining a type for the man is a bit harder than it would be for Irina who got this done to her as a thank you for her amazing interpretation of my Blog Tag. John I can place in all of the following types: Normal, Dark, Ice, Fairy, Electric, Steel, Fighting and Ground. To a lesser extent I can even place him in Grass and Rock.  There is an argument for ghosts as well albeit a flimsy one.   John had a typical greeting of addressing me as a Fleshy mammal implicating he in fact is not a fleshy mammal, which makes ghosts quite eligible.. but also, rock ground and steel. However just because it is funny I do want to make this Pokémon rendition of him a bit of a mammal himself. So we will be going for a dual-type style Pokémon with at least one flesh component. John can be an incredible edgelord , thinking it is cool to find a half eaten deer in the forest and showing me a picture (albeit cleaned up).  So Dark Type.. would be a great pick… however the Dark Type is called “Evil Type” in Japan… and that he is not!  So no dark type for Johnmon!

Hailing from Finland would make him a great ice-type but I have already done the whole “she’s from Russia and Canada thus Ice-type hyuk hyuk”  with Irina. What makes John, John however, is that he is quite a war aficionado! He loves old wars, he loves Warhammer and just anything that has to do with soldiers, mercaniers, vikings and all that stuff. That Warrior aspect I would like to include in his Pokémon. He is also a gun nut! Unfortunately Guns are a big no no in Pokémon. Remoraids original design was banned because it looked too much like a gun.  Since these Pokémon have to be somewhat game viable let’s give him Guns..instead of guns!  I mean big muscles! That way we can refer to them as guns and everyone knows we really do mean guns!  Since John loves metal music, spikey things and bullets we will give him the Steel Typing and the Fighting Type. However John’s features will be his wide range. We will give him a custom ability. Which makes him less of a Pokémon if it just makes up everything.. .but here me out on this.  He gets three reinterpretations of Dhelmise ability Metal Worker, which gives the Ghost Grass anchor also STAB boost Steel type moves. John has THREE variants of this ability.  Edgelord, which will boost his dark type moves, Good-Guy,  which will give Fairy Types a STAB Bonus and Electrician which will offer that same effect to electric type moves.

Finland has a wide variety of animals and I could easily see John being a bear. He is very huggable yet a fierce warrior as well. There aren’t even that many bears either!  However John is prone to overdesign, so that means he would most likely not be a Basic Pokémon. He would most likely be either a Stage 1 or Stage 2 evolution. So rather than creating that completely from scratch we will use a pre-existing pokémon and I don’t feel Teddiursa would be a great form for John, nor do I feel Ursaring would need an evolution. Instead we would give an unused Pokémon some love! Luckily there is one finnish animal that is present in the pokémon games that is unloved and could use something special. That is the Reindeer Pokémon.. and I know Lapland might not be Finland.. but it is close enough for Pokémon! So Reindeer John it is.  Well he evolves into more of an Elk.. but regardless! We will use Stantler as a Base. A regional variant with extra strong legs, and horns that look a bit more like clubs or something. It would be a Normal Fighting Type. The Male ones are the ones you would like to have,  that upon leveling it up while holding a Metal Coat evolves into Scarvet.

Scarvet, like Stantler is a hybrid between all sorts of deers being close to a reindeer but not fully?! Who knows!  His antlers have turned into Blades. and he has grown several spikes to defend himself with.  Scarvet takes on more Centaur like features which can often be pretty fierce warriors themselves.  This allows Scarvet to learn moves like elemental punches, but also feel as a bit of a cavalier knight and now he has “guns” . His signature move will be called Buckshot, which will take the element of his ability, so dark, fairy or electric. A non contact physical move that deals elemental damage based on its users ability.  The ability a particular Scarvet has can be seen by the colour on his eyes. Yellow for Electric, Pink for Fairy and Black for Dark.  Buckshot in the anime would show a hand making a finger into a gun and then the Pokémon Blinks and elemental energy suddenly hits it’s target in the colour of the eye.  It’s bladed horns are most definitely not from space!

Other moves it will learn are moves such as Thunder Punch, Foul Play, Play Rough, Horn Leech, Mega Horn, Horn Drill , Bullet Punch, Close Combat , Head Charge and Skull Bash and a few special moves like bullet seed,  charge beam and other quasi military names reminding of weapons. Support moves like No Retreat and Sword Dance seem like great options for this Pokémon. While I know No Retreat is current Falinks signature move in later Generations these type of moves usually are given to newer Pokémon as well PLUS it gives me a chance to put a picture of Falinks here.. so Scarvet and me both win!

Now that we have the Pokémon let’s think a bit about what he does.  For one let’s make him the mascotte of this region because.. why not! Where the original Stantler  was more of a pacifist that felled foes with trickery, these Stantlers will be more like John. “When Stanler’s existence was threatened by the hunt, it decided to make a stance against hunters… the harsh way as a result Stantler in this region is much more aggressive”.  Something in that nature. Scarvet’s Dex entry would read in a vein like this:  “Hardened by the flames of war this Pokémon has embraced Steel as it’s weapon. His muscles are so big that people often refer to them as guns, this Pokémon is quite the warmachine”.The other generations dex entry might read “Scarvet is a Pokémon that was used a lot in the last Pokémon War. While this Pokémon is not always friendly to the fleshy mammals known as humans, It will always offer it’s aid in a battle it feels is justified” In game you could find out a few more rumors about Scarvet. Mostly rumors about it’s eyes, three trainers will have spotted a Scarvet with an indication on what (post end game)  region they might appear in the wild.

“I spotted a Scarvet in the mountains at night, It stared at me with Pitch black eyes as the night around it only seemed to get darker, it was drinking water from the skull of an unfortunate creature” one might say!  Another would tell you about their encounter with Scarvet. I was being attacked by (Evil Team) While I was fishing by the lake, A Scarvet saved me and stared at me with it’s Yellow Eyes for a moment. I could have sworn I heard the sound of thunder from it’s hooves as it ran away again”. The final one might be someone close to the main character, a rival, your mother or someone like that.  “I was on an afternoon walk through the forest when I met a Scarvet, it walked around me for a bit sniffing the food in my bag, it was playing with some Ribombee , you could see the fun in it’s pink eyes, as it frolicked about ”. Other lore would include Scarvet protecting weaker or wounded Pokémon, Scarvet fighting evil team members and potentially dying like Cubone’s mother. Yet it would also be very cruel to whatever becomes its prey, parading with that.

I think it is pretty safe to say, it is rather easy to determine John’s Pokémon’s combat role. He will be a Speedy physical sweeper that can come in three variants so it is hard to predict which one is coming in competitive.  Electric Dark and Fairy stab should give you some pretty huge typing cover as well so it will be a pace setter as a Pokémon. It can be a Pokémon that works great for both playthroughs as well as competitive. I imagine Scarvet performing better in Single Battles because the guessing aspect of it’s bonuses comes more into play there. You might be able to take a thunder punch from  Edgelord Scarvet, but Electrician Scarvet will be able to finish the job. It could see some competitive play.

In playthroughs this Pokémon would be a perfect all rounder to fill up a last slot of your party.  You just find/breed the one with the ability you want and add it to your team to gain perfection. Well unless you are like me and build your team with a  Fairy, Fighting, Steel core.  He is there to make things faint in the end and he is very well equipped  to do this.  Easy to play for everyone and functioning as a bit of a crutch to see how much more damage STAB will exactly mean for you. Scarvet is beginner friendly but also fun to experiment with for the more advanced players now that abilities of Pokémon can be swapped a bit more easily.

And that is just like John, he has a competitive edge to him, often playing LAN matches, he is versatile in what he does but he is fascinated by combat above all. He is a guy that will leap in front of you to save you from some nasty blows, just like Scarvet is a great lead Pokémon.  Yet he is also the person to get you into a fight because he is either being a knight a little too much.. or he just wants to see what his new weapons do (in Role Play situations, not real  life). He is friendly to everyone though maybe a bit intimidating if you’d meet him on the street after dark.. but if you get to know him better you will have one heck of friend that really would do so much for you and can surprise you even after years.  So that is how John would be a Pokémon!   Thank you for all your support to this blog! I really hope you like this post!

8 thoughts on “Gotta Make ’em All: Turning Indigo Into A Pokémon”