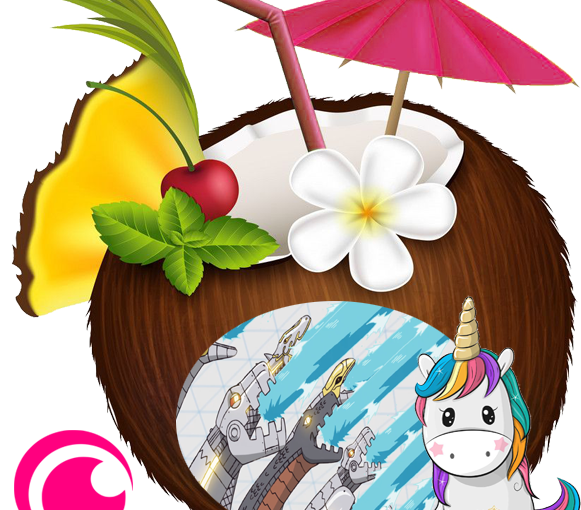 Hello Little Lights, while I am trying to recover from my health issues I decided to start getting back into blogging slowly by tackling some easy to handle content! It is time to continue picking up those anime I was watching again! That way when I am forced to stay in bed, I  can at least get something done!  So yay!  We start with picking up Digimon again. Since becoming a VBlogger though, this will be more of a reaction blog to the episode than an actual review!

I chose a bad time to burn out on watching anime as episode 16 is a direct continuation of episode 15, the enemy at the end  evolved  into Orochimon, from eyesmon! Luckily I am quite aware of the “digidex” and which Digimon evolves into what.. and how! So I did not feel lost! It would be kind of bad if I got lost in a kid show anyway I guess!  Anyway in the last episode the chosen kids fought Eyesmon in the fake Tokyo and after defeating it , the creature evolved. They had discovered that Eyesmon was responsible for the Tokyo blackouts  and this week we kind of see why?!

Orochimon has the power of EMP roars, which is treated as something way more serious than it should be… I loved how Digimon up until this point was very cleverly written and once again this power up does connect to everything going on in a very thematic way, but just like the last episode it feels a bit cheaper than before. It fits but it’s less earned. Kochiro’s laptop only flickers a bit while in the real Tokyo suddenly all sorts of light bulbs begin to burst as it is stated that the EMP roar affects the real Tokyo in the same way. Then why did Koshiro’s laptop not go poof?! The eight heads of Orochimon over-power the chosen ones and it is time to flee. Yamato however wants to solve this now, for a reason that has yet to be revealed as I react to it! If I were to guess I would say this is where Takeru and maybe Kairi come in…after all the group is with 6 right now… perhaps they need… 8?!

The first act ends with the party becoming separated again. Yamato and Taichi end up alone  due to the recklessness of Yamato. Orichimon does some shenanigans with water that destroy his “dimension”   Since they are in his dimension now, that is located more closely to the real world time flows differently here than in the rest of the digital world or something as is explained by Koshiro who works like a fine exposition tool, when the other four are discussing their lost battle and try to come up with a strategy. It is nice to see the four non leaders together and them dealing with problems that come with that. Without Yamato and Taichi we see the group depicted as slightly more fearful and less motivated, as a group should be without their leaders. Morale has dropped!  So the episode handles that pretty well!

We begin the second act with a super lame visual of Taichi, Yamato and their Digimon sitting in some sort of underground location that looks quite similar to the location where the others were.  However the details of this picture are laughingly sparse. I get that it is hard to draw in details from a distance, but if that would be the problem I would not have chosen this shot! It lingers for a fair few seconds as wel so it kind of killed the gravity of the situation for me! It just looks a bit to yankee for me and I let out a chuckle rather than being concerned for their welfare. It is followed by a rather cool visual of Orochimon’s heads creeping past the location searching for them. I like how the sky is coloured white.. like empty digital space rather than some gloomy cloud that reflects their emotional situation. Normally in nearly every scenario.. in a situation like this the sky would be ashen  to reflect the despair .. but here the rules of the digital world stay in place and it doesn’t just start to rain to enhance emotions. So we are looking into a pretty somewhat strange sky!  It helps sell the alien world thing a bit more!  Something this show does quite a bit better than the original!

We then get a lot of focus on Hikari and Takeru, which makes me believe we may say two new chosen ones soon!  Hikari even sees an actual digimon! The mother of the family makes a very VERY strange decision though.  Because her car is glitching out a bit and stuck in traffic  she decides to abandon it and take the train back home?! What?!  Are you even allowed to abandon your car in the middle of the road like that?! And obviously people will stampede towards the train station.. so why would you let your daughter exit the car in a dangerous situation like this. Stuff just exploded not too long ago! Not so great parenting there! Of course Hikari gets trampled and separated from her mother. Also why is Takeru being left home alone during a black-out!  These parents are not very good!

The second act concludes with a great team bonding moment from the chosen ones! The leaderless group says what they appreciate from their Digimon and tell each other stories on how they have grown and how they should not be scared.. because they have come a long way since coming to this world. We see Joe take on his Faux Leader persona and how it cheers the others up!  It is very wholesome to see and it makes sense! He wants  to be the Senpai and now he can when everyone is at a low!  We also see the strength of Sora and how proud she is of Biyomon, we see how Koshiro thinks his digimon is the coolest and we see Mimi tease Palmon that she is only the prettiest Digimon when she evolves. I loved these moments! It is followed by a strong moment of bonding  between Taichi and Yamato as well. Where the rest of the group kind of at times tried to slow down Yamato for reason, Taichi understands that sometimes you just have to step up, so when Yamato wants to fight to save his brother, even with chances not in their favour Taichi not only lets him he joins him!.

The third act and thus the climax of this episode is the battle against Orochimon! It quickly becomes clear that Takeru and Hikari won’t join the squad in this episode. However, I am beginning to see more and more similarities to the first episode. We have an enemy that evolves several times, a fight between a superior force in a realm that is somewhere between the digital world and our one.. and Yamato and Taichi who are the big focus. The rest does show up just a little into the fight.. but they accept that in this fight they are the support. It’s left up to their two leaders, which I think is a fitting end for the “Tokyo Blackout Arc”.  I suspect however that this fight will not conclude it.. something will happen here that brings back Takeru and Hikari to the digital world before it is over. I am sure of it!

The fight itself is quite nice as well, after a few failed attempts from Yamato and Taichi to do it alone, they do realise they need the group! Yet at the same time that group also realises they lack the sheer offensive dominance the other two have.. so rather than just fighting along, they distract the metal heads of Orochimon that it uses for defence.. Zudomon also shows some defensive skills, spinning his hammer around like Thor!  Kind of cool and nice to see everyone take slightly different roles in this fight.  Energy attacks do not seem to work on the snake’s water blasts so MetalGreymon and AtlurKabuterimon take a Melee approach that seems to work.  Sometimes a weaker attack is better than just the main attack! The classic show fell into that trap where everyone basically ended up spamming one attack! So these fights feel much more alive.

The fight is concluded by MetalGreymon… but hey Taichi has the goggles and it’s a digimon rule. Everyone got a moment again and even with Takeru and Hikari getting scenes here and there, it never feels too thin spread. Everyone is there and has personality, the music, the digivolutions , it all synergises once again and the battle ends on a high note!  We know have seen how a single Ultimate Digimon can still be on par with 6, so even Devimon being just a Champion for now seems possible..because unlike the old series there seems to be another force behind this all. Like how we have seen Omnimon in the first three episodes.. something is pushing them to this level.. and now yet again.. even after killing the Digimon, something changes. A new countdown shows up..towards the destruction of Tokyo.. just like in the first three episodes, and I am excited! I know I am watching this late..and not maybe not that many are into this series to begin with.. but I had fun again! I just needed to recharge my battery a bit!

For those who do not use Twitter, I have been currently having a lot of health issues that is completing consuming my energy pool or making me forced to stay in bed. As this is going on I can’t reliably put out blogging content, though I am slowly trying to get back in the swing of things. However since I have been quite unstable I can’t really tell you guys when I will be back full force! My apologies! I’m trying to recover as fast as I can! For now.. time for a bit more rest!
Shine on Little Lights! Oyasumi!

The Great Change: A Paradise Story

Animini: Digimon Adventure – Episode 11 – The Wolf Standing Atop the Desert