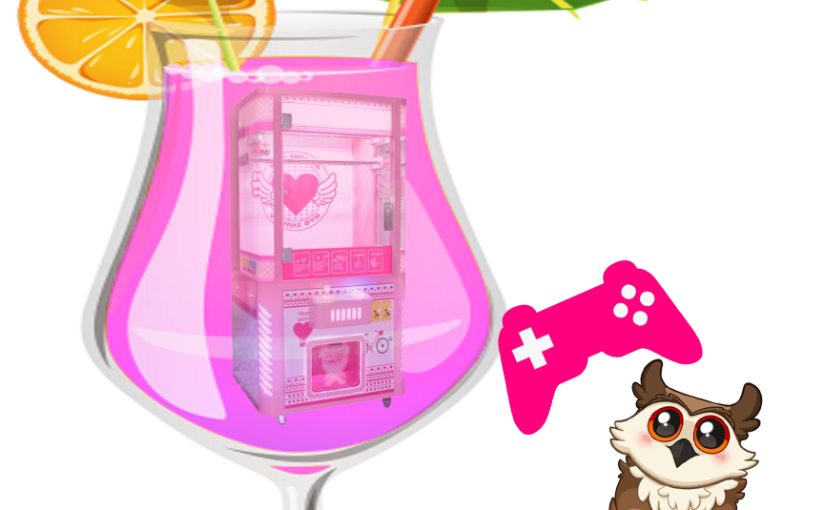 One of the hardest things to do as a blogger is come up with a nice topic to blog about. At least to me. I do not like doing episodic reviews as I want this blog to be all about positivity. Love (in the non lewd way) is the theme of my blog. In an attempt to structure my writing a bit I am trying to make “columns” or series in my categories to give me some focus on what to do. For example I love Pinkie is looking for a Waifu (new installment coming as soon as i finish Aoi Hana)  as it fits the theme of love very well. The temtem journals fit what I love well so that one works as well. While I love catchable creature games there is another category of games I love. Retro Games! I love traveling to the past to relive memories…..hmmmm that gives me an idea.

How do we do this you might ask? Well it’s very simple! I will play and review retro games set in different times.  For example I’ll start with some prehistoric themed games on the SNES then I will most likely take you back to ancient greece on the NES and than back to the SNES to duke it out with some ancient romans. While not everything is set in (the) stone (age)  yet…HA FUNNY JOKE, it seems like a nice way to play the type of games that I love in a structured way offering me a steady amount of content for you guys! Plus I am actually talking about things I love so yay that’s what this blog is all about!

Now I know what you are thinking! You can’t just do that much timeception. Going back while taking us back to the past! That is waaaay to dangerous! But do not worry my friends I have invented something fictional that is totally gonna help me out! It’s a time machine that helps me turn myself into two dimensions..or the third if I ever need to..but in a rather low  polygon count. As long as I don’t go over 64 bits in during these travels I shall be fine and this machine helps me do it. I call it the Time and Limited Dimensions in Games device… or TALDIG for short. and I made it look like a crane game! Why? Well no one plays with an empty crane game plus in 2d games those usually where non interactable background objects so it will be safe! It’s not like I’ll find a police box or phone booth anymore… this one is just a bit harder to board. Luckily there is plenty of room for all my Plushies on the inside

A brave time time explore like needs a weapon as well. Since I am Timely Bored of going through the hoops  that is capturing retro footage in the classic way. So yes I will be able to use the powers of my Sonic Savestate if needed. However that does not mean these games are not otherwise available to me, so make no assumptions my friends! It just allows us to play some fun hacks as well! Of course I will also try to play as fair as possible. However to make sure I can progress enough for a review I will occasionally use my trustworthy device.  Now a lot of these games have multiplayer modes. Unfortunately my companion drew the short straw when testing the less successful prototype of the TALDIG (I cheated) and kind of got lost in time and games. So if you ever encounter a pink arcade cabinet with a purple girl in yelling for help… let me know! Or if you want or be a companion check my about or contact page!… Displacement in time, loss of dimension and death in a game at own risk. Until this situation has been resolved I shall not test multiplayer modes and describe everything from a single player stance.

So how will our travel schedule look like? Well you have a say in it but the first three destinations in our journey HAVE been decided already. We will start in a time where there where no land creatures yet just to be propelled into the dinosaur age. We shall do this with E.V.O. The Search for Eden on SNES. After we evolved our fish into a strong dinosaur we shall move onto the dawn of man! Flintstones the treasure of Sierra Madrock was a game I loved to rent over and over again as a kid! With hard work I managed to get to the last world just to have to return it right before finishing. Can I complete it this time around? Using my trustworthy sonic tool .. odds are YES! Who knows! Then we move on to a game I have been literally clubbed on the head for! Joe and Mac! Also on SNES. After that one has been done I am still undecided though we may play Turtles in time which does have a prehistoric level or we may leave the SNES behind for a while as we move on to ages where people began to melt stuff.

Altered Beast on Sega Genesis has ancient greek themes and so does Battle for Olympus on NES. I also plan to revisit some of the Asterix games I used to play as a kid. For those who don’t know who Asterix the Gaul is, he is a punchy sort of nordic looking  guy that is the titular character of a popular french comic here. Or at least he used to be. Not sure how well he fairs nowadays. Super Ghost and Ghouls can represent the medieval age but I of course will be playing Knights of the Round as well. However time does not have to be a fully linear path, we can bounce around a bit.  Every game that has a year in it, like street fighter 2010 and even….. Ho…. ugh… Hong …. I can’t …. .. but I must! Even Hong Kong 97 would be a suggestable stop. That being said..sport games are excluded from the suggestions because of this namesake. Unless it’s stuff Like the Spirit of Speed 1937 (which is a history based racing game)  or any future based ones. Yet stuff like Hong Kong 97 or Egypt 1157 AV are still far away into the future.

Now I usually do not get a lot of suggestions  and I feel like i might be older than a lot of you, I honestly do not know your ages guys. I estimate my average reader to be like 24 maybe? So to encourage interaction and suggestions, save for the three set in stone. Those being E.V.O , Flintstones Treasure of Sierra Madrock and Joe and Mac, anyone making a suggestion in the comments while have their channel shouted out in the post you suggested. Regardless if I would have come up with it myself. So yay! Free promotion! That’s some love right there! Of course I can not complete every single suggestion, the more recent your request the lower the chance that I will be able to play it (unless it’s for pc for obvious reasons)

I will always write something nice about the games so if you feel like challenging me by suggestion a badly rated one, you are very welcome. Games about time travel are always valid regardless their setting, however I plan to do Chrono Trigger as the end of the series or least of a season if I start doing those. Games set in multiple time periods like Turtles in Time or Day Dreamin Davey are always fine and you can suggest them whenever we are in time. Please do not make me play Bill and Ted’s excellent adventure though! I will play it if suggested but I might not have much nice things to say about  that one. Games years are allowed unless they are sports games nor will I for example review the Anno series in one go! Separate entries are still allowed. A game has to be at least 10 years old for you to suggest. Otherwise I am not taking you back to the past twice. Games set in the future are still perfectly okay.. I am perfectly content with taking you back to the past to take you back to the future.

So that is a lot of rules but you can forget them and just shout a game, I mean I invented the TALDIG , I am a mastermind , I can weave your game in my story somehow but it would be fun if we follow the rules just a bit at least. Now since I stopped doing my greetings cards at the end of each both I will leave you with some closing words. You just read a post in the present about a future where I take you back to the past to play games that take you back to the past. However in the future of that future I may take you back to the past to play a game that takes you to the future or the present even. Of course by the time that you are reading that post, that present may already be the past!